Have yourself a merry little Christmas 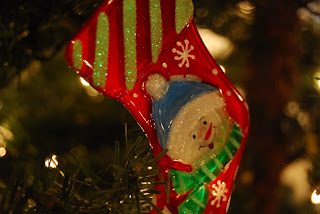 I hope you and your family are having a wonderful holiday season. Merry Christmas!
1 comment:

The feeling of productivity, to some, is exhilarating. I'm unashamedly one of those people. And because doing one thing at a time just isn't good enough, we've redefined the concept of multitasking.

Now you can chat with a friend, catch up on the news, and write your English essay all at the same time. Why bother flying to visit relatives when you can save time (and money) by Skyping?

Not to mention all the new verbs that have stemmed out of this new technology. Nowadays, we can Skype, Google, IM, text, and Tweet. And it's a testament to the rapid growth of the young technology industry -- one that has been around for only 50 or so years -- that terms like "IM" and "GameBoy" have already gone out of vogue, and companies like MySpace have crashed and burned in a matter of a few short years.

Things move fast in the Internet world. News travels at the speed of light. If you're not enlightened within a few hours, you're already behind. The world runs on "Internet time."

Multitasking is the new modus vivendi. If your brain isn't wired to move a million miles an hour and juggle five different things at once, life in modern society is going to be tough for you.

For our generation, that's life going on as normal. The idea of a world without iPods and iPads, video games and smartphones, Windows and Xbox is an unfathomable, archaic one. To me, there's no better indication of the frightening power of technology that, when we lost our power in December 2006 to a storm, we were utterly lost and bored without our computers and cell phones. After all, what is there to life if you don't know what every one of your friends is doing every second of the day?
4 comments: