Ten honest things about me:

1. I'm really good with fonts. Show me a font, and I can tell you what it is. This is one of those strange, weird, but surprisingly useful talents of mine.

3. I think friends are royally amazing.

4. I apologize (even if it's meaningless) a lot. (Possible influence for book title?)

6. I am really slow at compiling the response for this tag.

7. Good books put me in a good mood. Usually, that good mood isn't broken at all until the next morning.

8. I personally find this layout to be super-attractive. As well as that post on bread. :)

9. I'm too critical of myself when I'm writing prose. I'll criticize every word and make sure it sounds okay. I've gotten better at it now, but I still do it way too much. That's probably why it takes me forever to write prose...but when I edit as I go along, I'm always happy with what I've written.

10. Over the last few months, I've become skilled in the art of chatting-with-more-than-one-person-simultaneously.
5 comments: 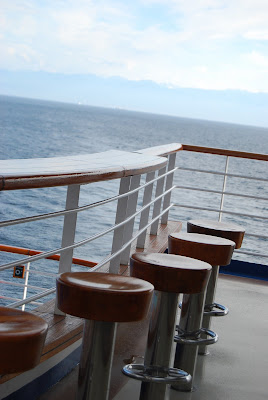 The sky was rose and blue and golden-yellow, all at the same time, distinct colors in their individual stripes, when I opened the window and let the breeze flutter in. It was a little breezy, a little cold.

I didn’t mind the cold – I liked how it blew the strands of my brown hair around my face, brushed against my cheeks. The sunset was too pretty to miss, especially on a worry-free Friday. The weekend stretched ahead of me, short but promising, enough time to finish anything and everything for class, wander around town, find someone to talk to and spend my Sunday afternoon with. It was all there.
3 comments:

Figuring Out Where I Am

The prose pages flipping by as fingers type out words and words. The pencils, the book with the blonde girl on the front.

The day has started out cold, sleepy, unhappy. The maps are lost -- we have nowhere to go but here. Trapped within walls, we trudge around the house, wandering, living our own separate paper lives.*

I stop to listen.
The wind rambles on and on
about
whatever.
4 comments:

When The Days Roll By 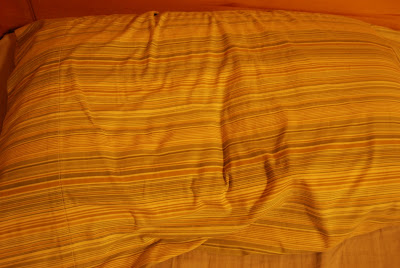 The stripes find their colors.
4 comments:

-all the gifts I've been given from God

-people who are willing to add me on Goodreads

-music -- Maribeth, it's partly your fault, but I'm addicted to music anyway :)

-gorgeous sunrises and sunsets that I get to see and write about
7 comments:

It was late April, 2008. The sun was out, and four of us were standing in a studio. The window opposite us betrayed thin, nearly-bare trees. I leaned on a table and listened to the woman I regarded as my art teacher (and still do).

What do you want to do? she asked me, and I said, Write. That one word set the wheels in motion.

Why not publish? Live your dream.

I found gifts that day. The best being Katherine Grace Bond.

That day, I came home, and though I didn't know it, I was on a roller coaster ride that wasn't going to end.

On May 5th, Katherine showed up at our house. It was only uphill from there.

February 7th, and I was holding hundreds of copies.
8 comments:

What do you think?

I still get to retain the good old white and still have it not be so plain. I've always wanted to have my font as Georgia, so this is a good compromise. I like this template a lot.

I've been doing a lot of changing, unable to stick to one template, but I really really like this.
3 comments:

Sending some hearts your way

I've never been the kind that you'd call lucky
Always stumbling around in circles
But I must've stumbled into something
Look at me
Am I really alone with you
I wake up feeling like my life's worth living
Can't recall when I last felt that way
Guess it must be all this love you're giving
Never knew, never knew it could be like this
But I guess
Some hearts, they just get all the right breaks
Some hearts have the stars on their side

I am surrounded by a community of amazing people who are true blessings. I am so grateful for each and every one of you.

Wishing you all a very happy Valentine's Day. 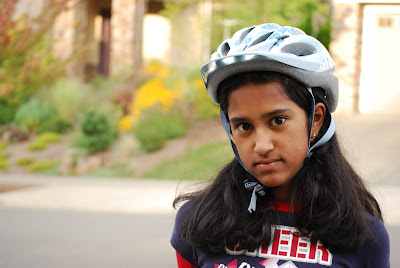 Life is full of downs and crazy things and books. I've been freaking out over my website -- number one, I don't like it and wish it were way better, but there's no way as far as I know to DO it -- and blog, changing this, editing that -- if you haven't come here when I'm testing out different fonts and templates, you won't really know what I mean.

The Beckoning of Lovely

A Handful of Stones & A Small Stone
No comments:

We rode along a black snow-topped Mustang, sleek – new, by the looks of it – and quick. Trickles of melted white dripped down the sides as it switched lanes, now in front of us. As its back wheels kicked up more water, splashing us, it sped up and disappeared in the distance, becoming a smaller dot miles and miles away.
2 comments:

I have still not finished my tag for Priya. So sorry! I've actually been stepping around it, since I'm not a fan of tags and memes, but I will finish this one up for you.

I haven't been posting much, just things about my book lately. I promise that I'll wrap all the book stuff up with a huge (unfortunately) post about it. I have so much to say/reflect on it.

I'm feeling bad that I've only posted six times in February. One of my goals for 09 was posting more, and I did it in January, but haven't been doing so much in February.

I have not deserted you. I promise to post more often...

I'm having a really really bad day. Again. First it was I'm-not-feeling-too-good (last Tuesday), this week it's I'm-having-a-terrible-day. Once more, let me hand out the promises. I will not be so depressed anymore. :)

You'll have noticed that I was switching around my blog colors...blue, red...and I will stick with red for a while. "A while" means about half a year.

Everyone who has commented on my blog -- you are AWESOME. Comments cheer me up. Seriously.

I've gotten past my writer's block by not looking at my laptop and just forcing myself to put pen to paper. It works. I've written another poem (thankfully!) after a long sojourn of writer's block. Phew.

It's snowing. Not a confession, I know, but something I'm so excited about. I love it.
4 comments: 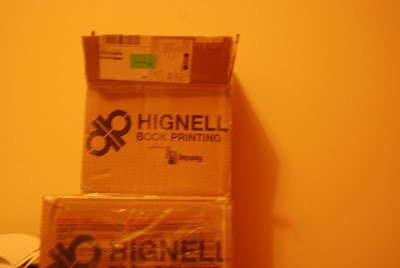 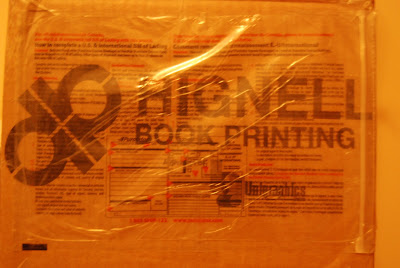 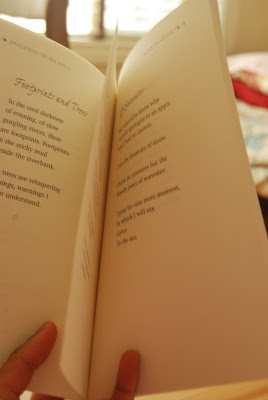 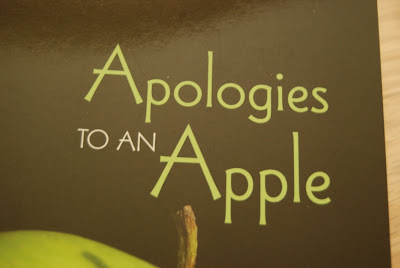 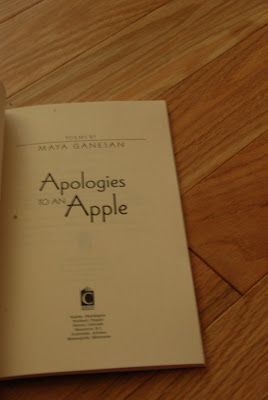 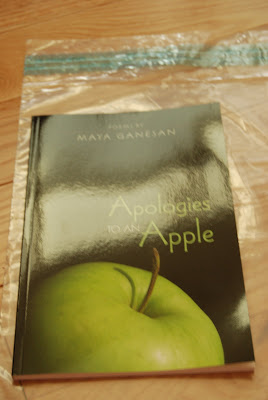 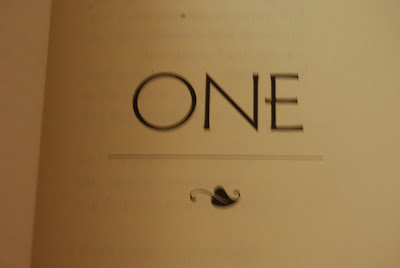 You can now purchase copies of "Apologies to an Apple" at my website, http://www.mayaganesan.com/.

(Please note that the copies will be arriving any day now, so we will ship your copy as soon as we receive it.)
12 comments:

Confessions on a Tuesday

Since this coincides with Confession Tuesday, it seems like the perfect time to confess. And I do have a few.

Though this isn't quite a confession, I'm so so so excited because I just found out that I won a free -- and signed -- copy of Justina Chen Headley's novel "North of Beautiful"! I've been dying to read this since forever, so I'm feeling pretty good.


*****
I've actually been doing a lot of stalling when it comes to writing. First I claimed it was because I was taking a break from poetry and was writing prose. Which I admittedly was. But I stopped writing prose. Now it's back to struggling to write poetry, as I've been stuck for the past couple of weeks. It's not working very well. I'll need to find a solution.


*****
I haven't gotten much sleep lately. I've been sleeping earlier, yes, but somehow it never seems to be enough. I'm either an extremely sleepy person in general or I still haven't made up all that lost sleeping time (which I haven't).

*****
I'm racing to get everything I want done. For the past who-knows-how-long I've wanted to do this, and that, and haven't gotten the time. Someday, I'm going to find that time. Probably over the summer. But that's a long ways off.

*****
Speaking of summer, I noticed that I'm sick during breaks. Over Christmas break I was sick, and then during the weekend I fell sick again, and I don't know why. And, for some reason I'm watching football when I'm sick. I got to watch a bit of college football around New Year's, when I was sick, and then I watched the Super Bowl a few days ago. Football = being sick?

But a lot of people aren't feeling too good right now -- in my area and around the blogosphere. I think there's some sort of flu/sickness floating around. But oh well. I'm feeling a little better.
4 comments:

Enter for a chance to win free teen books at Em's Bookshelf.
2 comments:

I'm inspired by this photo:

It's mysterious and it's bright -- I love it. I took it a few weeks ago; it's a pack of notecards (blurry, because I was shaking them while I snapped the photo). The blue light is courtesy of my webcam.

I'm also loving the sky and the sunshine. Q and Odessa, thanks for sending some along!

Why I'm not very happy with myself right now:

-I didn't reach my January poetry goal.
-I've just dumped an awful book that's making me really mad. I can't believe I even bothered picking it up. You'll find the book -- and my review -- on Goodreads.
-It's morning, I'm tired. I'm sick, too. I have way too much work to do for school and my head's going to explode right now.
-I may not get to plunk myself on the couch and watch the entire Super Bowl. (I love doing this.)
-Blogger is mad at me today. Thanks a lot.
-I haven't gotten around to blogging much. I haven't posted up any pictures of the first copy of my book, I haven't posted tags...I'm too behind.
-I'm under the weather today. It's gloomy, it's gray, it's cold. Enough said.
-January was a pretty rough and crazy month. I ended not-so-well, on a confessional note. So far, February isn't any better.
7 comments: